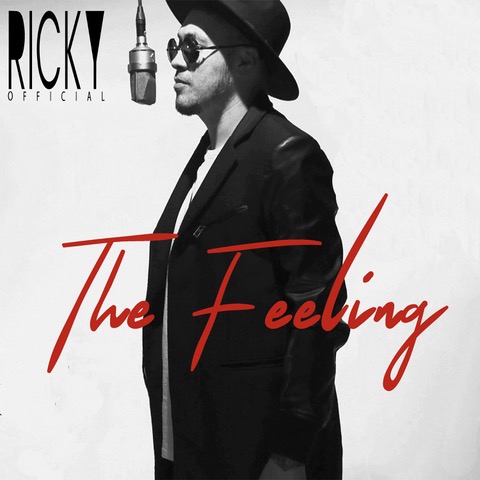 Watch the music video to “Off in the night” of the EP here: https://youtu.be/_6ZlYpOwdf0

An eclectic creator, Ricky Official allows his life experiences and world traveler grooming to influence his content to a beautiful Kee (pun intended). His latest release is a mixture of pop, traditional R&B, dance and more. Never afraid to push the envelope on his sound, Ricky Official is the true definition of the cliché “thinking outside of the box.” Once again his core, “The Officials” have a body of work from their leader that they can be proud of. His latest EP, The Feeling is available via all major retailers as we speak.

About Ricky Official
Ricky Official is a German/Japanese born and raised performing artist in the contemporary R’n’B genre of music. A student of the culture since his teenage years, Ricky Official took to penning lyrics seriously in 2014 capitalizing on a lifelong dream of contributing to the culture. He left Europe behind to pursue his goals, and is now a resident of the hotbed city Atlanta, Georgia. Ricky Official is a musician at heart and in skill set, and has a unique signature sound that some describe as a mixture among the likes of Anderson.Paak, Kendrick Lamar and Bone Thugs and Harmony with which he is sure to grow his brand and enhance his international visibility. Taking his career into his own hands, Ricky has rolled the dice on his self and sought opportunities to grow in and out of the booth as he been afforded the opportunity to be part of many high end projects, all of which will benefit the process of pushing the envelope on his music. His latest music video releases for his recent songs Vibinand Pressure Cooker have received great feedback.His songs are produced by longtime collaborator Brandon Consbruck of Conzbruck Productions and We As One Productions producer James Harris.With the support of his fan base which he has dubbed The “Official’s” he is becoming a voice for his generation both in his native country and the states continuously tearing down stages each opportunity he gets. Promoting self-awareness and authenticity, Ricky instills the importance of ‘being yourself’ in everyone he encounters.